The Sony Xperia XZ2 was codenamed ‘AKARI’ which in Japanese means “A small light in the dark pointing to the future”. And the latest offering from the Japanese smartphone manufacturer it seems is heading towards a very uncertain future from its very launch.

Why do we say this? The new Sony Xperia XZ2 comes at a premium price tag. The flagship phone no doubt delivers great performance coupled with wireless charging and efficient battery but it falls way behind its competitors like the iPhone X, Samsung Galaxy S9 and Huawei P20 in security features as well as display. 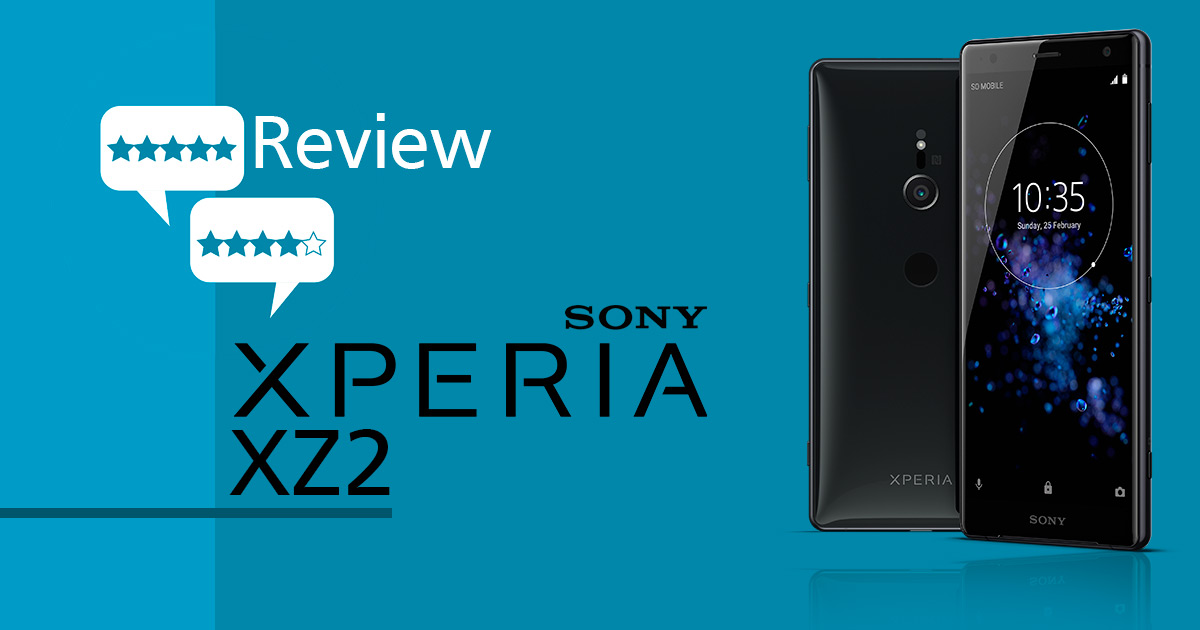 The below-par no-infinity display overshadows impact features like 3D Creator App, LDAC Audio, 4K HDR Movie recording etc. The high price tag and glossy glass design will lure premium customers but lack of top-end features like face unlock could be the deal breaker as far as sales go. It appears that the Sony is offering a cross-over product in the upstart segment dominated by the likes of Honor and OnePlus. Let’s now start removing layers and do an in-depth review of what’s on offer from the Sony Xperia XZ2.

The Sony Xperia XZ2 is now sold by major retailers (online and offline) across the globe. It would be fair to say that the Sony Xperia XZ2 is very confusingly priced at $799 or Rs 54,343. The premium price tag brings it eye to eye with the Samsung Galaxy S9 in the UK but in the US it gets costlier by $100. While it falls behind the iPhone X’s $1000 price tag by some distance, it is, however, costlier than the Huawei P20, the LG V30, and Google Pixel 2 XL. The high price tag does not offer uninterrupted display or face recognition. Early UK gets a free PS4 though.

The Sony Xperia XZ2 delivers a visual entertainment delight matched by few and should be every VLogger’s best friend. The imaging technology enables crystal clear photo capture as well as 4K HDR professional video recording. The camera prowess is aptly complemented by the XZ2’s HDR-enabled display. It promises and delivers an enhanced social media experience matched by few. 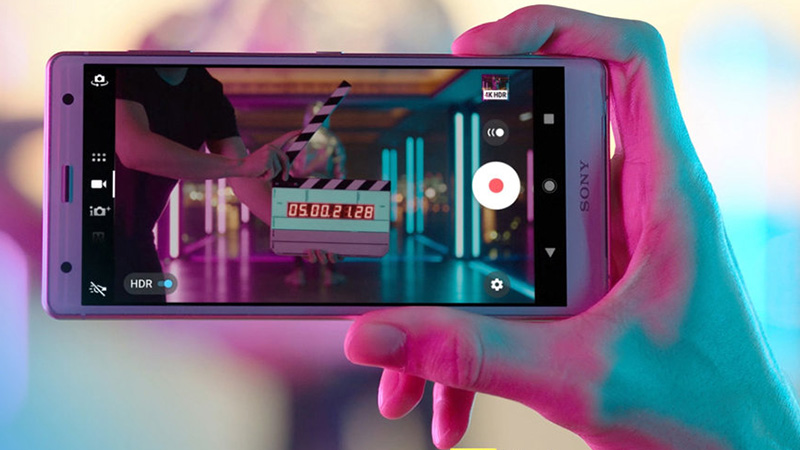 Sony has been upbeat about its all-new Dynamic Vibration System. Reminiscent of PS4s DualShock-type functionality, it undoubtedly enhances the gaming experience, but falls short on the video and music front. The phone does buzz in response to beats during music play. However, this seems more of a nag than an awesome experience. The same is true for videos. The feature is limited to off-screen sound effects.

There are three vibration modes: ‘mild‘, ‘normal‘ and ‘powerful‘. To turn the vibration mode off, users need to just lock their phone. Similarly, the volume rocker serves little delight. But this is a feature that could see updated avatars in new upcoming models from the Sony factory. Especially with VR getting mainstream, the Dynamic Vibration System could play pivotal roles in future.

You can now capture super slow-motion 960fps videos on your XZ2. With its 1080p (Full HD) slow-motion video slow motion video recording skills Sony Xperia XZ2 prides itself in being the flag bearer across all segments. Good lighting condition is through a prerequisite for great slow-mo video capture. The Samsung Galaxy S9 and S9 Plus also offer the feature but the video quality is restricted to 720p.

Sony treads new design frontiers with the Xperia XZ2. The curvy rear and sides ensure that the phone fits perfectly on the palm but it is the extremely slippery body that demands an insurance cover for the flagship phone. However, the IP65/68 rating ensures that the Sony Xperia XZ2 can easily survive a surprise downpour or dust storms. 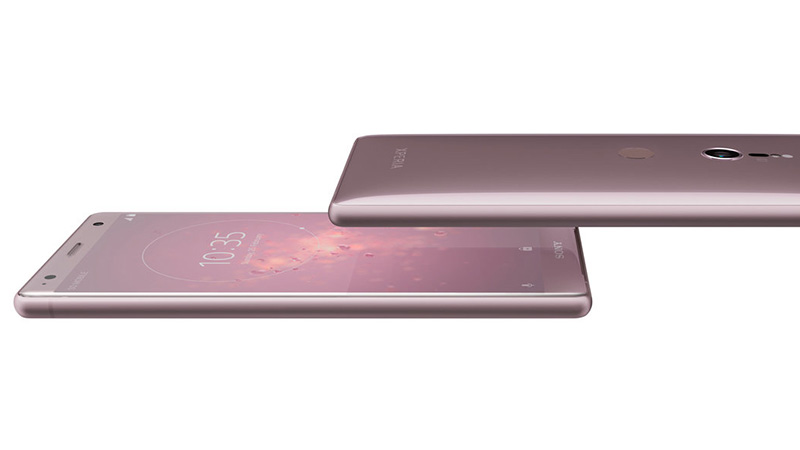 The design is easy on the eye and carries a premium appeal. But major drawback includes:

Poor positioning of the Fingerprint scanner makes way for a really irritating affair!!
Thicker and Heavier frame in comparison to its counterparts.
Bigger 153 x 72 x 11.1mm dimension than S9 and iPhone X yet smaller 5.7-inch display

While the power/lock key and the volume keys are by default on the right, it the headphone jack that dedicated Xperia lovers who vouch for its second to none gaming, video and music experience would miss the most. The headphone jack makes way for the USB-C port and the Xperia XZ2 comes with an adaptor for headphone plug-in.

The design is easy on the eye and carries a premium appeal. But major drawback includes:

While the power/lock key and the volume keys are by default on the right, it the headphone jack that dedicated Xperia lovers who vouch for its second to none gaming, video and music experience would miss the most. The headphone jack makes way for the USB-C port and the Xperia XZ2 comes with an adaptor for headphone plug-in.

The 18:9 aspect ratio display is a welcome addition. Sony and bezels go hand in hand. Though the Japanese manufacturer has cut back on the bezel size, an uninterrupted display could have added new feathers to the 5.2-inch, 16:9 display.

The Sony Xperia XZ2 falls short on design when compared to its rivals, but still, the improvements are a welcome change. A glossy infinity display with a perfectly placed fingerprint scanner would have definitely given the Xperia XZ2 more breathing space in a segment dominated by the likes of iPhone X or Galaxy S9.

Explaining all the features on the Sony Xperia XZ2 Camera would require a blog of its own. It comes equipped with 19MP Motion Eye camera delivering best in the segment photography and recording experience. The XZ2 does inherit its predecessor’s smart photography features like the Exmor RS sensor, Bionz mobile image processor, autofocus burst, predictive capture and Sony G Lens. You can now record your special moments in 4K HDR quality.

One thing to note is that while it delivers on hardware and features, the user experience is still not refined or smooth enough. The manual mode with a host of adjustable parameters like ISO, exposure, focus, shutter speed and white balance is a professionals delight. But it is the small things that the Xperia XZ2 misses out on while delivering high-end features.

There are a whole lot of things that you can do with the new Sony Xperia XZ2. And this multipurpose entertainment offering relies on the prowess of a 3,180mAh battery to deliver non-stop 24 hr performance against moderate-to-high usage. 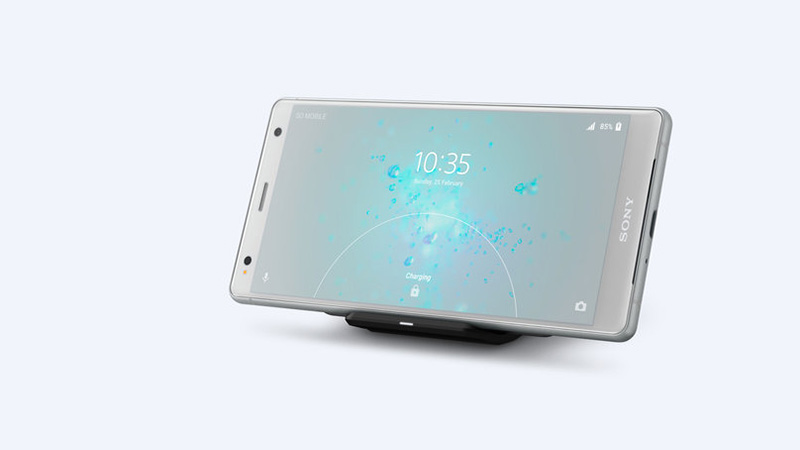 The battery makes sure that the phone is up and running from the time you wake up to the time you hit the bed again. At times when you have pushed the phone usage beyond the usual days,
the stamina mode is there at your rescue. However full throttle usage like watching a video at full brightness level as well as updating apps in the background may account to battery drainage at a considerably faster rate than usual. It falls behind the likes of S9 and iPhone X in this regard.

There is a USB-C port at the base for charging. Sony Xperia XZ2 also supports Wireless charging. But the user will need to buy a separate charging pad. Furthermore, the pad increases compliances as it has to be perfectly positioned on the pad or else it won’t work at all.

In addition to the standard stamina mode that is automatically activated when the battery level reaches 15%, there is Ultra Stamina Mode for an emergency. But expect little phone functionalities in this mode.

The Sony Xperia XZ2 requires runs the latest Android 8 Oreo. True to its predecessors, it also carries its own interface but this time the interface is light and does not tradeoff with overall performance. Sony and Software Optimizations are synonymous with each other. The light interface is reminiscent of stock-Android and getting hands-on with it is easy. Some key differences though include:

Under the hood, the Sony Xperia XZ2 is powered by Qualcomm’s 845 chipsets coupled with 4GB of RAM enough to run any app as well as support flagship features like 4K, HDR etc. Space requirements are met by inbuilt 64GB of storage which is further expandable to 256GB via the microSD slot.

Sony Xperia XZ2 it seems though is the Jack of all trades but master of none. It does scores on the entertainment front but lacks the X-factor. The curve-edge phone will lock horns with the likes of Galaxy S9, iPhone X, and other flagship offerings. It is in dire need of a feature that could make it stand out amidst the stalwarts. The Sony Xperia XZ2 is the best Xperia phone ever. However, the higher price tag might sway potential buyers towards the likes of OnePlus 5T, LG V30, and Google Pixel 2 XL.

To sum up, the Sony Xperia XZ2 delivers a power pact performance coupled with decent battery backup. The multimedia options are alluring. The first one to offer 4K HDR video or Hi-Res audio recording, the Xperia XZ 2 could be your best travel companion as well as social media partner. In case you are looking for true value for money, you might consider other options at your disposal.

The Sony Xperia XZ2 was codenamed ‘AKARI’ which in Japanese means “A small light in the dark pointing to the future”. And the latest offering from the Japanese smartphone manufacturer it seems is heading towards a very uncertain future from its very launch.